The past week has flown by. And yet, last Sunday feels as if it was at least a month ago. It's hard to remember, somehow, that this time last week we had just arrived home from a service at ChristChurch, Selly Park, and were awaiting my sister and her family who came for the day. In the afternoon we all went for a walk in a local park with their dog, and Tim took some family photos, since it's the last time the four of us will be together for a while. We liked this one best: 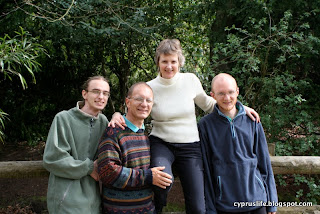 Just seven days ago - and yet, at the same time, so far in the distance.

On Sunday evening, we took Daniel and Becky to the station to return to Carlisle for a couple of weeks. We're very much looking forward to having them in Cyprus for a couple of months, arriving in about ten days.

On Monday, I caught the train to Oxford for a day to meet three of my old school-friends. Not that they're 'old', of course. Like me, we're all celebrating our 50th birthdays at some point during this academic year. We only had a few hours together - coffee in Waterstones, a walk around Oxford, and the discovery that more than one possible interesting venue was closed on Mondays.

But we climbed up a large number of steps in one of the colleges to find views like this over Oxford: 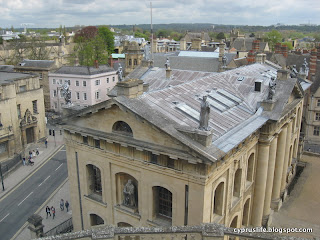 And had a good lunch in one of the local pubs. Afterwards we went into the Natural History Museum: 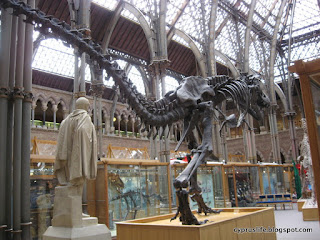 Then spent some time in the fascinating Pitt River collection. After that we walked through some parkland to the river: 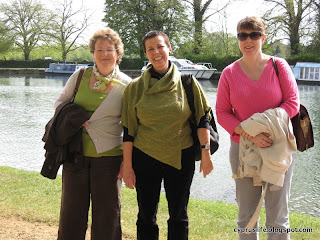 Then we sat down for a while in a cafe, chatting all the while of course. The day was over all too quickly and we returned to our various destinations.

On Tuesday Richard and I were asked out to lunch with yet more friends - very enjoyable - and in the evening Richard started packing. We were a little overweight - actually quite a lot, but left some of our books behind temporarily - but when we got to Birmingham Airport on Wednesday, just after lunch, Cyprus Airways were as flexible as we had hoped and we had no problems at all.

Our friend Sheila met us at the airport at 12.30am Thursday morning... and since then I've been gradually becoming more human again. I always seem to feel tired for days when we return from the UK.

On Thursday, late morning, Richard and I went into Larnaka town to collect our mail and do some shopping, and I was surprised to notice that the paved area by the port has now been finished: 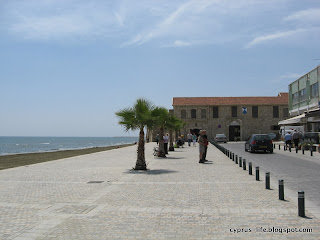 And there's a new jetty, too. We didn't walk along it. It wasn't very exciting, or even very long. But it looks a great deal better than it used to! 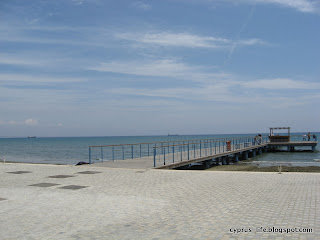 Friday we saw our friends so that I could pay their children for feeding the cats, and hand over the computer they'd ordered; we went to Metro to shop in the afternoon, and the inter-church cell group in the evening. Saturday Richard went to King Malu and then we enjoyed a picnic on Kiti Beach with some of the Cyprus home educators, leaving about five minutes before it started to rain.

Perhaps this week will be back to our normal Cyprus routine again... at least for a few days!
Posted by Sue at 14:31

Greetings from Amman! would love to go to Cyprus... hope we'll get the time to do it while we are in Jordan - & happy 50th birthday!