March is 'yellow month' in Cyprus

Of course, it's still February. For a few more hours. But it's that unusual date, February 29th, which only happens every four years. We could hardly expect the plants to understand the theory of leap years.

So this morning, walking to one of the local shops, I noticed that phenomenon that strikes in March each year - a profusion of yellow.

Not being a plant expert, I have no idea what most of them are. But this one is pretty - it seems to grow wild as well as being in some people's front gardens (if you click the images, you can see bigger versions) : 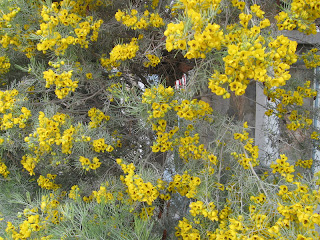 Then of course there are lemon trees all over Cyprus, about to produce some new blossom for this year, and also still producing lemons from last year's blossom: 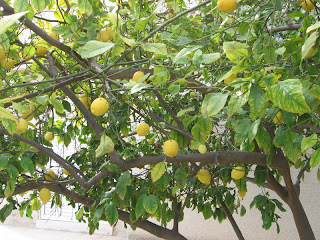 Here's some waste ground, covered in yellow weeds which look familiar, since the huge garden in our previous house frequently had these (whatever they are) during the spring: 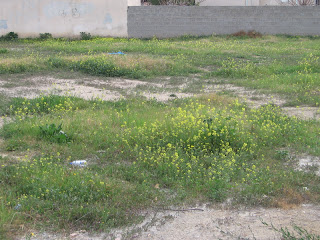 This is another rather pretty one which seems to be cultivated rather than wild, as it tends to be in people's gardens rather than on waste ground: 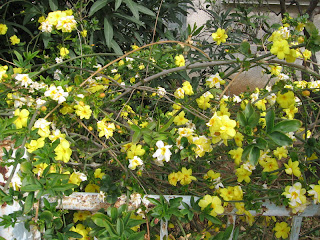 But this one is wild, and grows prolifically despite the distinct lack of rain this winter: 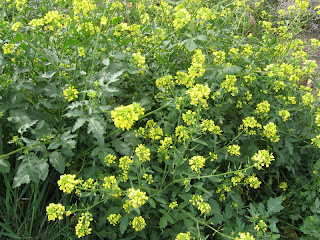 And finally, something that is a bit like a British dandelion, though not exactly: 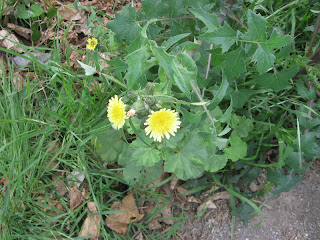 Hello - your flowers are a little ahead of ours but we do have celandines and dandelions in bud about to open any day soon. Lovely blog!

Yellow, so bright and beautiful !!
We still have piles and piles, big, high ones, of snow, dirty snow now. But every now and then it snows again, pure white snow.
Seems this has been our snowiest winter in a very long time.
And it is all I can think of all day !!
So, I enjoy looking at your yellow month.
Betty G