Out of Cyprus: busy day and a short walk in a park

We spent five days in Sussex with Richard's mother, helping her to celebrate her birthday on the Sunday, and also doing some sorting and shredding of old paperwork. On Tuesday Richard had a morning meeting, also in Sussex and in the afternoon we drove to Birmingham to be reunited with Tim again.

One of the things we enjoy when we come here is catching up with various friends and relatives. Wednesday was actually a quiet day, just popping out to shops and chatting, and helping Tim re-organise his room. On Thursday we spent the morning and lunch-time with a friend who was recently bereaved and caught up on his last few months.

Then on Friday we had a very busy day. First Richard took some of the rubbish from Tim's room - mostly packing materials - to the dump. Then we took my mother to the supermarket at the Maypole to do a fairly big shop for the weekend. After that we collected Tim and drove him part-way to university, then on to some old friends for an early lunch which was most enjoyable. They were going out at 2.30 and our next appointment was at 3.00 so we stopped briefly at Bournville Park and went for a walk, enjoying the sunshine - even if it was a little chilly - and the greenery: 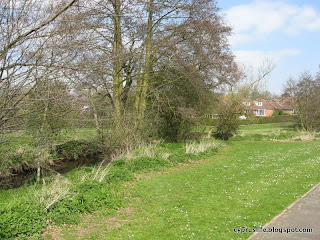 I'm not really a huge fan of daisies, but they're another wild flower that we rarely see in Cyprus. Here's a close-up of a few of them: 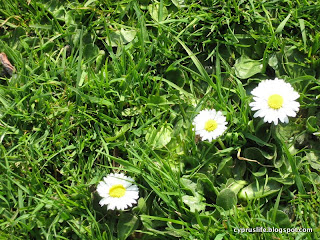 And a patch of grass covered with daisies, from further away: 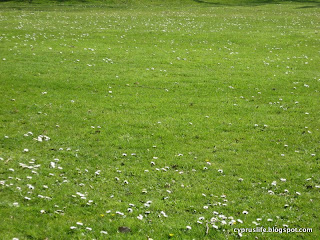 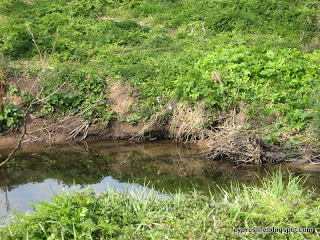 We didn't walk for long; our next appointment was coffee with the Vicar of one of our supporting churches. At 4.15 we left him and drove to Newman to collect Tim, then on to some of our very oldest (that is to say longest-standing) and dearest friends for a lovely evening with Mexican food, and time to catch up on the past six months.
Posted by Sue at 17:46