King Malu is now in the water at Larnaka marina

Although Tuesday was a slightly frustrating day, with King Malu unable, at the last moment, to go in the cradle, it all worked out well yesterday. We're not at all sure how the boat did get in the cradle... Richard and Tim arrived there about 10am to find she was already there. But there was no sign of the next-door boat having been moved at all. 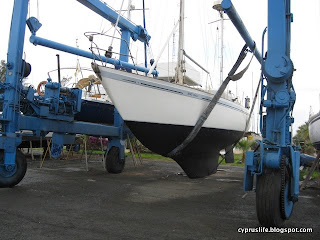 Shortly before 2pm Tim's wife came to collect me, so we, and Tim's mother, could go to watch the launch. At least, we hoped that's what would happen... we got to the marina to learn that (a) the tow-boat was out of the water, having repairs, so Tim had had to borrow a friend's motor boat and (b) another large boat was waiting to come out of the water, so rather in the way... but these minor considerations were soon solved, and at last the crane started its ponderous path to the launching place. 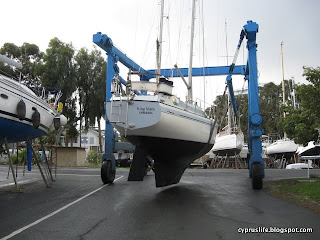 I suppose it was around 3pm by the time she was finally lowered into the water: 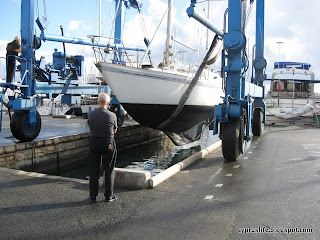 By that stage, I was on the video camera since Richard was in King Malu. So I filmed her being towed away by Tim on his friend's motor boat, then rushed around to the place where she would be taken. Part-way there, I noticed that she was sailing across a patch of water in the harbour, so I stopped for a quick photo: 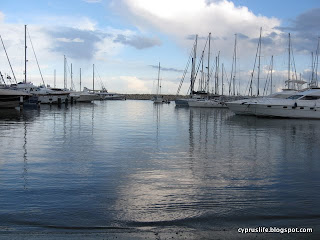 .. and got to the new place just after she arrived. She still had to be brought in, carefully, so as not to bump into the neighbouring boats. 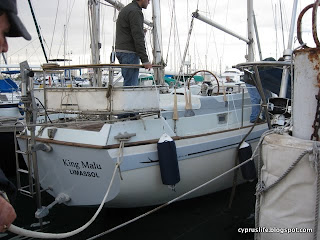 Richard has written a great deal more about King Malu's launch on his blog, and linked to almost ten minutes of video, if you want to see how it all happened.
Posted by Sue at 20:24