Out of Cyprus: Canon Hill Park

On Saturday I did some shopping in the morning, walking a couple of miles, probably. One of my brothers and his wife arrived for lunch, staying the weekend, and in the afternoon they went out for a walk with Richard and me. We decided to walk down to Canon Hill Park, which is about a mile away and resplendent with flowers: 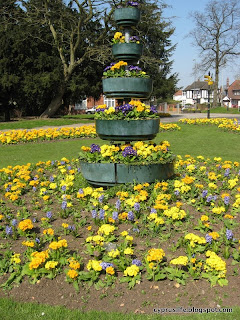 The way we went in was different from the one I was used to, and I enjoyed seeing slightly different views of the large ponds: 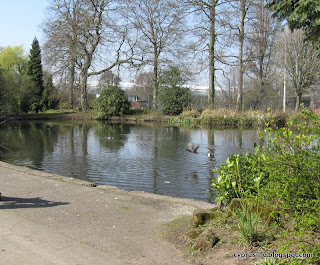 Although it wasn't particularly warm, it was sunny - yet again - and several people were out for a Saturday afternoon in the park. My brother was in his shirtsleeves, although Richard was still wearing a fleece and a body-warmer jacket: 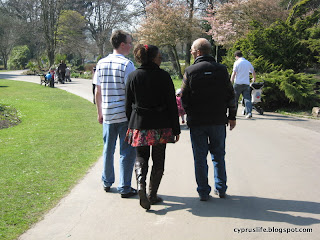 Yet more photos of England in April... 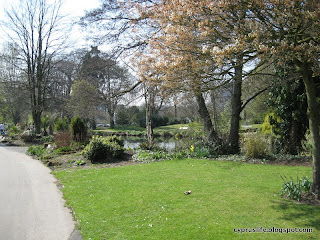 So much greener than Cyprus, although the sky isn't as blue 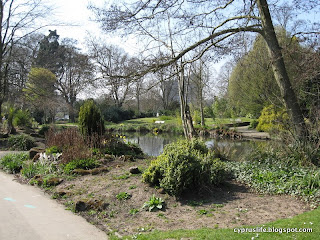 We don't see ducks and geese at all in Cyprus, so it was nice to see them still peacefully nesting and swimming in Canon Hill Park: 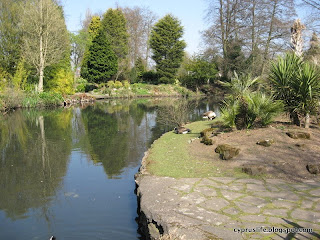