Back in Cyprus after six weeks away

A week ago we were at Gatwick Airport, a tad frustrated and rather bored because our flight back to Cyprus from the UK was delayed by a few hours. Apparently there had been a major storm in the area the night before, meaning that some incoming flights had been diverted, and they were still running late. Gatwick is a perfectly acceptable airport, but there's not a great deal to do there.

However the flight eventually took off, and was shorter than normal due to good tailwinds, so we arrived back just under three hours after our expected arrival time. Our luggage came through quickly, and our friend Sheila met us outside; we were home, with our cases, and slightly disgruntled cats wanting to know why we were up in the middle of the night, by 2am.

I haven't felt as brain-fogged as I usually do when flying back to Cyprus, just very tired. I've done five loads of laundry so far, and cleaned fairly thoroughly on Saturday, but not a lot else.

I flew out of Cyprus towards the end of July, to the Midlands. It was a late evening flight, arriving at nearly midnight so I'd booked a room in a nearby Premier Inn. It was clean and comfortable, and I had a good breakfast before continuing my travels. 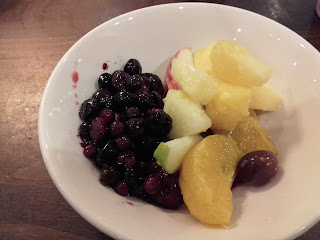 I took a train to the city centre, then a taxi to visit relatives who recently moved to a 'retirement village'. There was a comfortable guest apartment, and we had a quiet few days, which I very much appreciated, winding down after a busy time getting ready to travel. Then on the train to Cumbria to spend four weeks with my son, daughter-in-law and grandchildren.

Although we did visit the family briefly last year, and chat to them regularly via the Internet, they change so fast and it was wonderful to spend time with them. There was a nearby park where they regularly rode their bikes or used their scooters. The weather was pleasantly warm, with only occasional showers of rain. 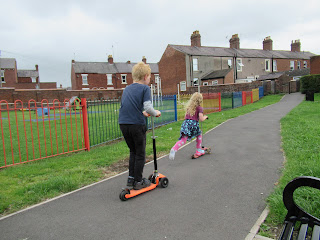 We also read books - lots of them! - and played games, and went for walks in some of the gorgeous local countryside. 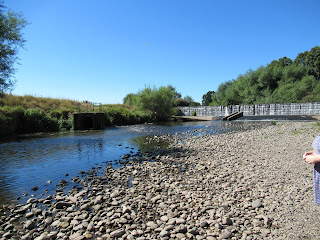 A special treat while I was there was what my granddaughter referred to as my 'holiday within a holiday' - a visit to one of the Scottish Hebridean islands.  We went to stay at a holiday home owned by the parents of some of their friends (all of whom were there too). The beaches were gorgeous: 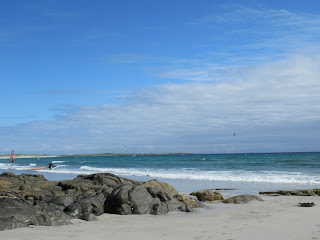 The airport on the island was tiny, the return flight on a plane smaller than I had ever been on before, but surprisingly not at all scary. 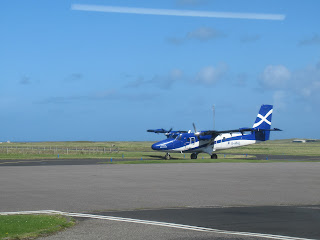 Four weeks after I left, Richard arrived - he had been very busy in Cyprus while I was away, with work and other activities, and looking after the house and cats too.

Towards the end of my stay was the culmination of the trip, our younger son's wedding. We arrived a few days beforehand and there were some things that needed doing, but nothing major. He and his bride-to-be had organised everything.

Having said that, we did spend one afternoon thoroughly cleaning the chapel: 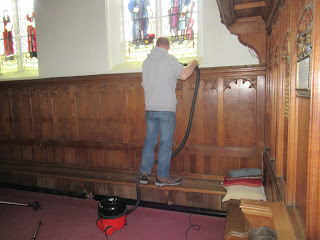 We also watched the marquee going up on the lawn (which was brown and hard after quite a long drought). We were surprised how many people were involved in the process, which took well over an hour: 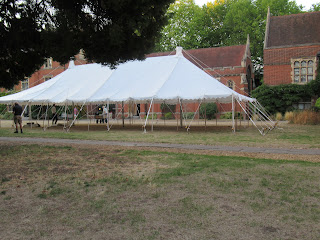 The day before the wedding, my extended family arrived; we were all staying in a nearby Travelodge.  One of my sisters-in-law had a birthday, so my brother had arranged a family meal together, which we all enjoyed thoroughly. I had a kind of halloumi fajitas, which was delicious. 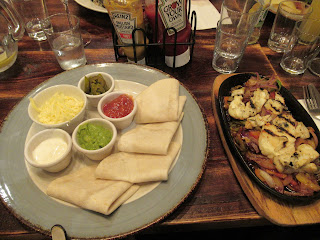 The wedding was small - with Covid still in people's minds, it was limited to family and a small number of very close friends (eg godparents) - and awesome. Afterwards there was lunch at tables on the lawn, under the marquee: 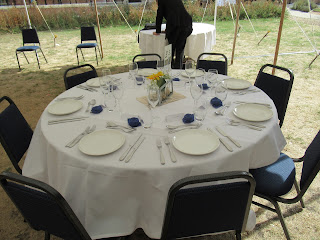 All was finished by about 6pm, but it wasn't the end of the family celebrations. One of my brothers was just a couple of days away from a milestone birthday, so we had another meal together, the day after the wedding, to celebrate that.
Our last few days were spent near the south coast, with another relative (who was unable to come to the wedding). And then to Gatwick, and home.
The weather here in Cyprus is not as hot as it sometimes is in September, and we learned that there was quite a heavy downpour of rain the day we flew back.  This morning for the first time since the end of June I went for an early walk with Sheila and I was quite surprised to see that there's still some water in the Salt Lake: it didn't dry out at all this summer. 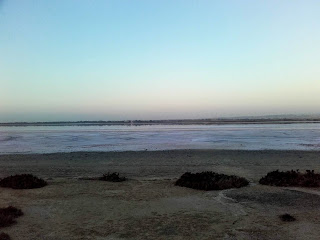 I've had a wonderful summer, one of the best ever. We're now looking forward to the arrival of some friends in just a few weeks, followed by some family members mid-October.
Posted by Sue at 17:12

What a wonderful summer! Congratulations on your younger son's wedding. Spending time with grandchildren is special!