Twenty year anniversary of my home education site, and a new book

Ten years ago exactly, I wrote a post about the ten year anniversary of my home education website. I described its gradual evolution from a few pages on a long-gone platform to a site with over a hundred pages, and around 500-600 visitors each day. I even found old versions of the site and uploaded screenshots on that early blog post. I wondered, then, how much it would change in the next ten years.

Those years have raced past, and today, is the site's twentieth anniversary. I haven't made so many radical design changes, but I did - with Richard's help - move it to being powered by wordpress.org a few years ago. This makes updating it so much easier.  Here, for what it's worth, is what it looks like now: 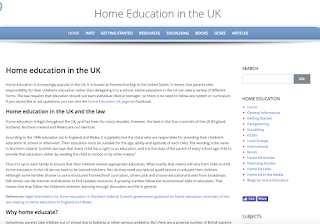 Perhaps a little more modern-looking, but not, I think, so very different from the 2009 version: 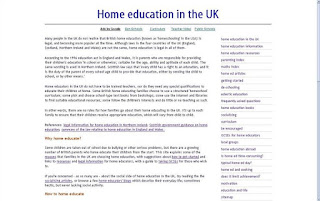 I still update the site when people ask me to include suitable resources, or links to local home educators' groups, or when I spot a relevant article from an online news site. And occasionally I write a new subject-oriented page. From time to time I re-write a sentence or two and check for broken links, but on the whole it doesn't need much maintenance.

However, back in the early days of the site, several people asked me to write it in book form. I didn't have the time or inclination then but the idea never went away.  About five years ago I downloaded the entire site onto my computer and tried organising it, but quickly realised that there was far too much content which could not possibly work in book format, such as pages of links to resources. And I didn't know quite what to do with the specific subject pages, which would need considerable expansion to be included in a book.

Eventually I decided that the focus would be an introduction to home education for people starting out: the kind of book I would like to have read when we were unsure, worried about how it could work, and trying to look at all the options.  I edited it down from over 100,000 words to slightly over 50,000.

It's taken me years to get this far, but when I realised the site's 20th anniversary was coming up, I decided that this would be a suitable occasion to produce the book. Richard has published quite a number of books on Amazon's CreateSpace system, both his own and other people's, and said he was happy to create a cover and do the layout. CreateSpace has moved to Amazon's own 'KDP' site, which previously only published Kindle books, so there was something of a learning curve.

But we finalised it a few days ago, and uploaded it for approval, both in paperback and Kindle form. And today, on the 20th anniversary of the home-ed.info website, my book is available. It won't be of any interest to seasoned or long-term home educators, or to those who are strongly committed to just one style of home learning. But to anyone who is interested in learning about the subject, or how it can work, then this book aims to answer some pertinent questions.
Posted by Sue at 07:00