We've been looking after the orphaned kittens for six weeks now. Here's the blog entry describing how we found them, and here's another, with a picture showing how small they were a couple of days later. There are other photos and bits of kitten news scattered around the May and June archives.

But now they're about nine weeks old. They're strong, and getting increasinbly more adventurous. They keep themselves very clean, and they're exploring more and more of the garden. It won't be long before they can jump over our (low) fence separating them from the driveway, and then I dread to think what would happen if they rushed to meet the car one day, or tried to explore down the street. They're too tame to be feral kittens any longer; they don't know how to hunt or fend for themselves, and they don't know the dangers of traffic, or some of the people who (sadly) don't like cats.

On the other hand, our four adult cats will not tolerate kittens at all. They have mostly ignored them while they've lived outside, but are beginning to get disturbed by seeing them invade more and more of their territory. Even Jemima, most placid of the four, said something so rude to one of the kittens a couple of days ago that it raced across the patio with its ears down, and hid.

We don't know anyone who wants kittens, either. Particularly not two or three - and they're so sociable that it wouldn't be fair to send just one of them away. But nor can we keep seven kittens in our back garden forever. Moreover, Richard and I are going away for a few days in a week's time, and Tim (plus some people staying here) won't be around most of the daytime to feed and look after them.

So... we knew we would have to send some of them away, and the Paphiakos cat sanctuary in Paphos seemed - from all accounts - to be an excellent place for kittens. They find homes for some, and the others have plenty of freedom to run around and explore. One lady assured me that cats have a wonderful time there.

But we can't send away just a few of them. It wouldn't be fair, and I don't think they're ready to be separated yet anyway. Last week I provisionally booked a slot with the truck from Paphiakos that's coming to Larnaka this week, and today I had a call from a lady at the Cat Protection League charity shop, saying it will be here about 10am tomorrow. I've put this off long enough, but now does seem to be the time to let them go. So we went down there to collect a basket, not huge but bigger than the one we have, and will take them there tomorrow morning.

I will hate to see them go. It's so hard making a decision like this where my mind tells me it's right, and best for the kittens, and there are all kinds of good reasons for sending them away now... but my heart tells me they're adorable, and very happy where they are, and surely we could keep them just a little longer, or find someone who could look after some of them....

They all thought the basked was very interesting. I don't think there will be any trouble getting them inside tomorrow. I just hope they don't find it too distressing being in the car. Then we'll have to leave them at the shop - where I know they'll be looked after and treated well. Poor little things. 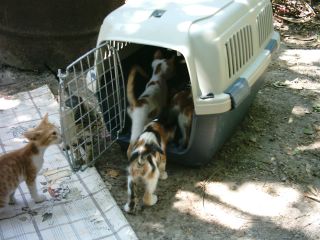 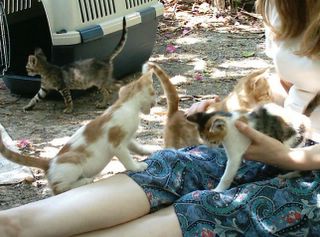 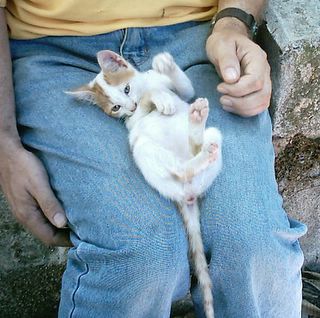 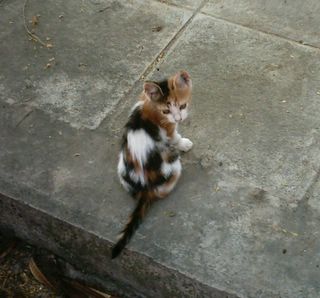 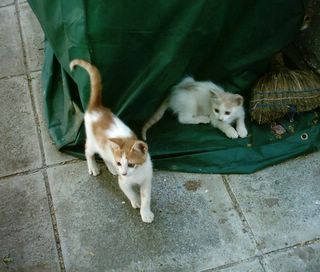 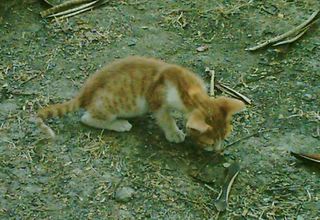 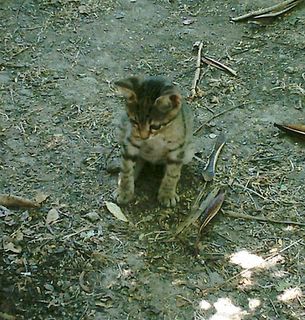 It sounds like you'll miss them terribly, but I'm sure they'll be okay. Believe me I'd take some if I could, but I'm afraid customs would give us some problems.